Signs Of A Cheap Contractor.

This "Cheap" plumber used all the spare pieces of pipe he had to save the customer money. 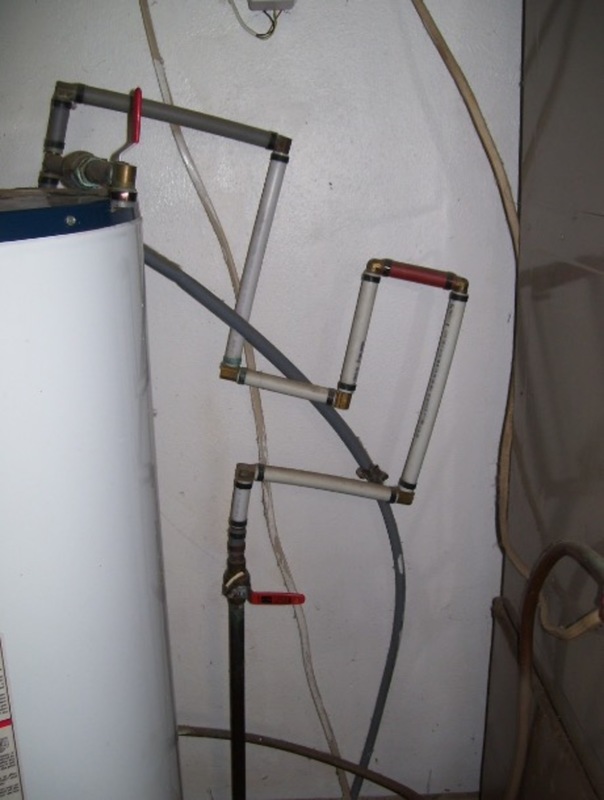 Why do people call your business? Are you “cheaper” than everyone else? Are you the “cheapest” contractor in town?

First of all, you need to remove the work “Cheap” from your vocabulary! What is the first thing that comes to mind when you hear cheap? "It’s better to buy 1 good pair of shoes than four cheap ones". Would you buy cheap insurance or inexpensive insurance? What do you think about a person who says another person is cheap? Are they going to skip out on the meal, make you pay for it, not leave a tip are they cheap?

Let me give you the definition of “Cheap” -  Of poor quality; inferior, worthy of no respect.

It’s a common quick word people use to say they don’t cost as much. Let the word sink in a little longer and it becomes degrading.

Let's revamp that word “cheap” and use the word “Least expensive”, “inexpensive” or “reasonable”.

“Least expensive”, “inexpensive” or “reasonable” can all mean that you still pay your bills and take a profit and you will sharpen your pencil more than the competition will to get the customer the best price. It doesn’t mean that you’re going to sacrifice profit, take a loss on this job or anything like that. The same can be implied with “inexpensive” and “reasonable”. The customer will never ask you “who are you least expensive to?”, “Just how inexpensive are you?” or “Just how reasonable are you?”. It’s all about the words you use and what the customer hears.

Here are some simple ways to distance yourself from “cheaper” contractors:

First of all, you’re going to take a “before” and “after” picture of the job. Stay with me here….  The shower has black mildew and that orange slippery nastiness all over. Second, your bid included cleaning their nasty filth. When the job is done, the shower valve is the rose of the job and the clean shower only makes the job look that much better. THAT is what the customer is paying for...the extra mile. I know you’ve seen those pictures of the guy with a huge belly with the sad face who hasn’t shaved in days in a dirty white tank top as the “before” picture. He puts on a clean white tank top, sucks it in, flexes for the camera all clean shaven and SHAZAM! He’s lost and instant 30 pounds. We have taken a nasty shower, cleaned it and put a new shower valve in.  Same thing with the shower. Same shower but with a new valve. Same guy in the pic except he’s sucking it in and smiling. Nothing has happened to the shower. We just cleaned it up a little. The customer probably hasn’t seen the shower that clean in years, and on top of that, they have a new shower valve installed. You’re not deceiving the customer in any way. Do you really think the customer is going to say is looks worse than when you started? I think not!

You are taking the word “Cheap”, modifying, changing and  building up to a new word called either “least expensive”, “reasonable” or “inexpensive”. You are not longer “Cheap”. Cheap would have left a mess and did only what they were supposed to do and didn’t go the extra mile.  In fact based on the pictures, you are high quality with reasonable prices. Put the word “Quality”, “Reasonable” and “We go the extra mile” in with before and after pictures, new customers would be foolish not to use you! Customers love to look at pictures and read testimonials! Ever heard of “Yelp?”. The more pictures and testimonials you have the better. It only reassures the customers that you do high end work based on what you have provided.

Subscribe below to get more articles that come out twice a month regarding service industry standards, outspoken comments and things you won’t here about in general community round table meetings. Real life, real stories.

Your email address will not be published. Required fields are marked*