The Importance of a Mentor 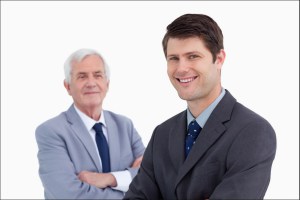 What is the first thing that comes to mind when you here the word “Mentor”?

An old man in a wheel chair in an assisted living community or a successfully retired old person who is grumpy and can’t hear. Maybe you think of a mentor as a person you don’t need because you know more than they do, they’re old school and things have changed, things aren’t what they used to be?

I’m telling you right now….I would not have retired at the early age of 35 if it weren’t for MY mentors! I had 3 major mentor influences in my life. First and foremost was my father. An old school, hard working, never late and always work harder than the other guy type of influence. This is where I picked the foundation of my work ethics.

The other was Bill, who was a commercial and apartment owner. I was blown away with the amount of apartment property he owned; yet lived in humble house down the street from where I lived. He would go out of his way to say hello and introduce you to dignitaries and business prospects in a crowded business gathering. Why does he care about a 23-year-old single guy just starting his first plumbing business?

The other influence was another Bill. Small time commercial property owner, previous retired butcher and now a bank President. A very modest dresser, humble home and drove an outdated suburban. Yet, if I had any problem with what was going on within my business, I could knock on his front door and he’d be excited to see me to hear how my business was going.

As you can see, I didn’t have “Plumbing” mentors. I would not have had my contractors license if I didn’t know my trade. What it came down to was, “how do I run my business”! I can diagnose plumbing problems, rough in a new house and clear a stoppage. But what happens when the customer doesn’t pay for a $50 service call or doesn’t call you back. Those questions weren’t on my contractor’s license.

So… which Bill is best going to solve THIS problem? I chose butcher Bill. I knock on his door, he greets me with a smile, “Hey Mike, come on in”. Bill, I have customers that won’t pay a measly $50 service call and when I leave a message, they won’t return my call. What do I do? Bill responds, “Make a typo”. Make a typo?? What do you mean? He say’s, “send a bill for $500”. Unflipping believable!! I may have got an irate return caller, but it was a time I could explain the typo and ask why they didn’t pay the bill. Was it wrong to do that or maybe I should have spent ½ a day in court, paying $250 to sue for $50. That was merely 1 incident of many problems solved by Bill.

So I talk with Bill #1 about the one major operational mistake most businesses make. He is also a SCORE (Service Corps of Retired Executives) member with the local chamber of commerce. He said, “Anyone can do plumbing, there are people doing it without a license, looking for the quick buck. You have to know your Profit and Loss numbers. You need to have a profit and loss statement done every month so you know where you stand. And sometimes a profit and loss statement is not enough. Doing it weekly is costly, monthly is sufficient. It’s no different than driving from New York to L.A. without a map. You have to know where you are going.”

These “mentors” do not have to be in the same trade or have the same craft to be your mentor. I had an apartment owner, father and a butcher as my mentors. I attribute my success and semi-retirement at the age of 35 to my father. I just hope I can be a mentor to someone one day who was as impactful as the mentors I had.

Your email address will not be published. Required fields are marked*